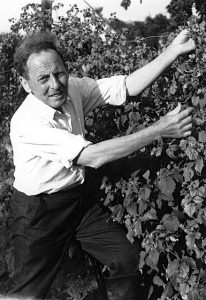 The Man Who Coined The Term Vegan

The term vegan originated with a man named named Donald Watson. He was a British woodworker who became a vegetarian at the age of 12. He made this choice after seeing a pig get slaughtered on his uncles farm in Yorkshire England. After he was married, he and his wife Dorothy founded the first Vegan Society in 1944. He then began to look for a name that would signify a vegetarian diet that didn’t include any animal products. He put together letters from the beginning and ending of the word vegetarian and the word ‘vegan’ was born.

The Joy Of Vegan Cooking

Vegan (at least as defined by this article) means no animal products; no meat, poultry, dairy, fish, eggs, regular gelatin, or honey. If it came from an animal it is not considered vegan. Being vegan brings many benefits. Weight loss, weight control, healthier lifestyle, helping animals, helping the planet just to name a few. But one of the most rewarding benefits of being vegan is discovering all the incredible flavors that the plant world has to offer.

A plant based diet offers so much color, texture, and flavor it can be overwhelming at times. When meat is not the center of a dish or meal, its easier to notice and appreciate the sweet succulent flavor of a roasted beet, or the sweet crunch of fresh peas, or the robust taste of lightly sauteed potatoes. Vegan cooking can truly bring out the creative side of anyone and it opens your imagination to the endless possibilities of cooking.

The Start Of The Vegan Journey

You don’t need to be a nutritionist, dietitian, join a weird club, or give up dinner with friends to become a vegan. While others are stuck wonder “what will you eat?”  the truth is that being a vegan

But What Will You Eat?

Long gone are the days when people choosing a vegan lifestyle had to forage around in a brightly lit, strange smelling, out-of-the-way health food store to buy food. Now almost every supermarket has in stock veggie burgers, quinoa, seitan, almond milk, soy milk, cashew milk, and many other vegan products. Don’t try to find something that tastes like meat. Instead simply accept that vegetarian meat will taste different than meat. Just as no one expects fish to taste like chicken, or beef to taste like turkey, Veggie meat won’t taste like meat. Dishes like Italian Escarole, or Mushroom Gratin, or White Bean Stew are just a few of the delightful dishes that await you.

Becoming vegan may be a challenge at first, but once you discover what you are adding to your diet instead of what you are losing the journey will be much easier. Don’t be afraid to try different foods and spices. Let your imagination run wild.